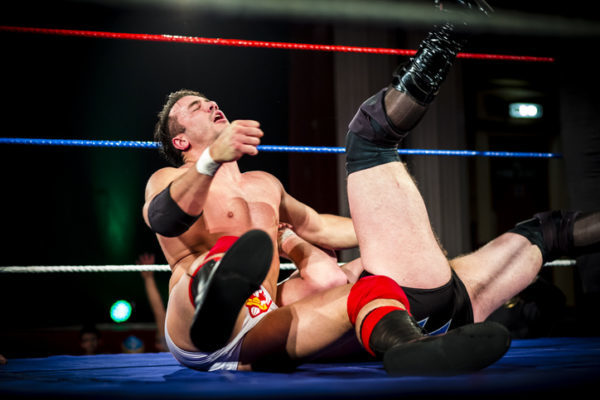 On October 23, 2018, World Wrestling Entertainment Inc. (WWE) and Take-Two Interactive Software Inc. (Take-Two) again moved to dismiss a suit brought by Catherine Alexander, a tattoo artist for professional WWE wrestler Randy Orton. According to the WWE and Take-Two, Alexander’s “amended complaint does nothing to remedy the grave deficiencies of her prior pleading.”

As we have previously reported, in April, 2018, Alexander sued the WWE and Take-Two. Alexander claimed that several video games in the WWE 2K series illegally copied Alexander’s copyrighted tattoos in the Orton game avatar. Between 2003 and 2008, Alexander created several tattoos for Orton, including tattoos on his upper back, forearms, upper arms, and sleeve tattoos. In March 2018, Alexander submitted applications to register copyrights on each of the tattoos. In addition, back in 2009, WWE allegedly offered Alexander $450,000 for the rights to use and reproduce Orton’s tattoos; however, Alexander declined.

In July 2009, the WWE and Take-Two tried to dismiss Alexander’s lawsuit. They argued that Alexander’s “claim is that she effectively [owns] a monopoly over the depiction of Randy Orton as he appears in real life,” which is “legally and practically implausible.” Additionally, the WWE and Take-Two claimed that the Illinois federal court did not have personal jurisdiction over the defendants and the defendants were not subject to the general or specific jurisdiction in Illinois federal court. These arguments prompted Alexander to file an amended complaint in early October 2018; however, according to the WWE and Take-Two, Alexander’s “amended complaint does nothing to remedy the grave deficiencies of her prior pleading.”

Next ArticleNotre Dame Football Player to Proceed with CTE Suit