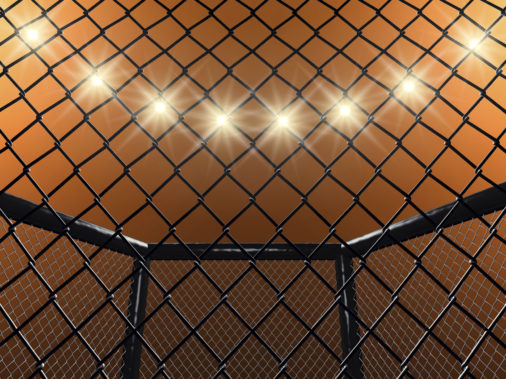 On July 30, Zuffa LLC—parent company of the Ultimate Fighting Championship (“UFC”)—moved for summary judgment, requesting the dismissal of an antitrust suit filed against them by a proposed class of mixed martial arts (“MMA”) fighters. While the MMA fighters allege that the UFC engaged in anti-competitive practices to dominate the MMA industry and restrict fighters’ wages, the UFC counters that there is no evidence of such activity, instead contending that fighters’ wages are increasing.

The action was originally filed in 2014 by fighters Cung Le, Nathan Quarry, and Jon Fitch. The plaintiffs initially proposed a theory of monopoly and monopsony as “mutually reinforcing,” but later changed tactics, instead alleging a theory of consumer harm via reduced quality, proposing that the underpaid MMA fighters are unable to diversify their training or fully promote themselves.

The allegation of restricted wages is a contested issue between the litigants. Zuffa rejects the notion that the MMA fighters were underpaid, claiming that they were paid “progressively more” during the class period. According to previous filings, there appears to be no evidence of the UFC’s restriction of wage levels. However, the plaintiffs contend that the wage levels are not at issue; instead, they allege that the UFC suppressed fighters’ pay through wage share, by restricting the percent of an event’s revenue the fighter receives as compensation. Zuffa countered these allegations, stating that wage share isn’t an antitrust injury, as it is within business discretion to allocate revenue percentages to best meet operational goals.

The UFC moved to dismiss the suit once before, in September 2015, but was denied. More recently, in February 2018, the MMA fighters moved to establish class certification, contending that there are over 1,200 members who seek to resolve issues relating to antitrust allegations.

According to Dr. Joshua Wright, former commissioner of the Federal Trade Commission, this case around the UFC’s business practices is “ultimately about the consumers.” He explains, “It is important to remember that the antitrust laws are designed to remedy conduct that harms competition, not just competitors. Just because certain market participants view conduct as unfair does not mean that the conduct runs afoul of the antitrust laws.”

Dr. Wright expressed his “reservations about the ultimate success of the plaintiffs’ case,” noting that he is “skeptical” of the plaintiff’s “monopoly broth” argument, in which “a firm has [purportedly] engaged in a variety of conduct that collectively violates the antitrust laws, even though no individual piece of conduct could stand as a claim on its own.”

Going forward, Dr. Wright posits that the UFC and MMA firms “should think proactively” about minimizing antitrust risk, “both in terms of agencies and private litigation.”

“These kinds of proactive decisions and strategies,” Wright explains, “can not only generate goodwill at the agency, but also can help keep the target off the back of successful promotions like the UFC and let them focus on the business at hand.”