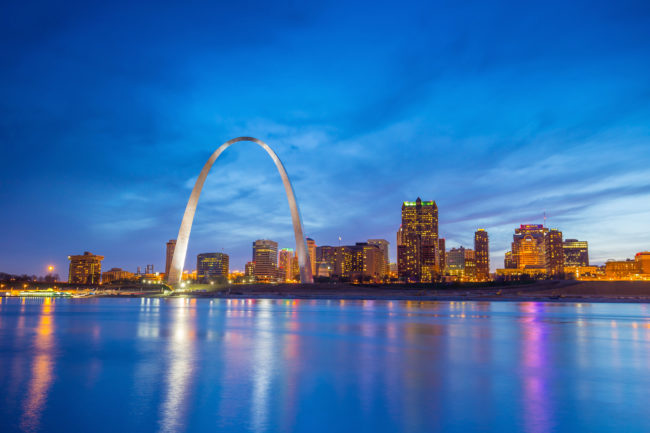 The city of St. Louis and its stadium authority told the U.S. Supreme Court that it should not take an appeal filed by the Los Angeles Rams and their owner, Stan Kroenke. The city argues that the Rams’ relocation lawsuit belongs in court.

In April 2017, the city and county of St. Louis joined the St. Louis Regional Convention and Sports Complex Authority in a lawsuit against the Rams, Kroenke, and the NFL. The St. Louis entities claimed that the defendants failed to follow NFL rules that require teams to negotiate in good faith with their host cities before relocating. Specifically, the St. Louis entities argue that the Rams and Kroenke never intended to stay in St. Louis, regardless of what proposals were made. They are trying to recoup at least $17 million spent in developing plans for a new Rams stadium in St. Louis.

Since the start, the Rams and Kroenke have argued that this dispute belongs in private arbitration, not in state court. In the 1995 stadium lease agreement that brought the Rams to St. Louis, there is an arbitration clause. In addition, the American Arbitration Association rules were altered in 1999 to allow arbitrators to decide whether certain claims should be arbitrated. The Rams and Kroenke argue that the 1999 rule change applies to this dispute, and that an arbitrator should decide whether the St. Louis lawsuit should be arbitrated or go to court.

Meanwhile, the St. Louis entities have argued, most recently to the U.S. Supreme Court, that their lawsuit should not be sent to arbitration. They claim that their lawsuit does not involve the 1995 lease, but rather the Rams’ decision to move to Los Angeles in 2016 in violation of the NFL’s relocation policy. Since there was no separate agreement to have an arbitrator determine whether the claims are subject to the lease arbitration clauses, the entities argue that Missouri state courts should make this decision, not an arbitrator.

The Rams and Kroenke have also asked both Missouri courts and the U.S. Supreme Court to stay the case until the arbitration issue is decided, all to no avail. The St. Louis entities are now demanding that the Rams submit to discovery. This is important, since discovery in this lawsuit could force the NFL, the Rams, and other teams to reveal sensitive details about the NFL team relocation process. We will continue to monitor the situation.