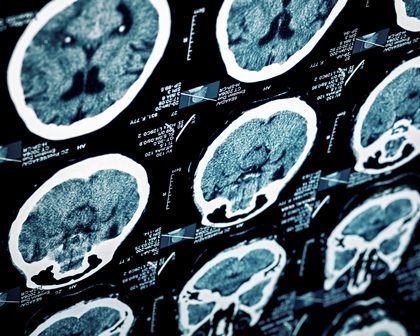 According to the lawsuit, both players “suffered multiple serious head traumas during his NHL career that were not recognized, diagnosed or treated, and improperly diagnosed and treated.” Further, over the years, while the NHL has dealt with the problematic issue of contact with the head during the game, the league “consistently failed to address the one element of its game that was inevitably unsafe for its players – fighting.” The lawsuit goes as far to claim that the NHL promotes fighting, and “for decades, has refused to eliminate fighting from its games, practices or culture because of a fear of diminishing revenue.”

In an interview with The Players Tribune, Carcillo said that he suffers from slurred speech, sensitivity to light, headaches, trouble sleeping, depression, mood swings, and anxiety. He said, “I would give back all of my money, I would give back all of the time, you can take my name of off the Stanley Cup twice over, I can’t like [it] anymore.” The lawyers who represent Carcillo and Boynton also represent the estate of Steve Montador, another former NHL player who died in 2015. The lawyers dubbed the NHL the “League of Denial” and accountable for “withholding information” from players about the hazards of head injuries. Montador’s brain showed signs of CTE, his brother Chris said in an interview, “[w]ith respect to his brain, I don’t know how many cylinders were working in there. And as the days have gone on, I think my brother knew he was going to pass away early. He never said that to me, but I just feel he kind of knew that. And as my dad said, he packed 70 years into 35.”

Montador was Carcillo’s good friend and Carcillo was very critical of the NHL after Montador’s death. In the interview with The Players Tribune, Carcillo said, “I can’t lay my head on the bed when I see injustice and I see people being treated in the same manner as my friend.” Further, “the people who are running the NHL and the NHLPA right now need to step up and take care of the best athletes in the world.” Finally, Carcillo said, “yeah I fought and I played the game very hard. Yes, I gave out many traumatic brain injuries [and] I also as sustain many. No, I don’t love the NHL, I love the game of hockey.” In an interview, Boynton said, “[i]f [I] die now, without speaking up or saying anything … what good will that do?”

Carcillo and Boynton claim that the NHL breached “its self-imposed and self-declared duties to (a) keep [players] safe, (b) to advise [them] of all risks, and (c) to not increase [the] risk of permanent brain damage and/or addiction, glorified and promoted [by] NHL fights.” Further, the NHL allowed and encouraged players to return the ice after suffering a concussion, knew, or should have known, that the repetitive brain substantially increased risks of developing permanent neurological defects, and knew, or should have known, that players returning to play before they were healed were at a greater risk of suffering a second concussion and long-term brain defects.