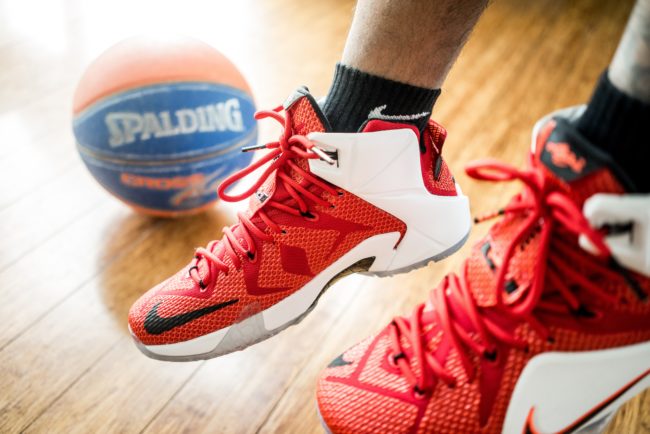 Michael Avenatti, celebrity lawyer and notably outspoken President Trump critic, again struck back at Nike in a series of tweets alleging foul play. On April 6, 2019, Avenatti stated that he had turned over documents and other evidence to law enforcement, which shows Nike was involved in an illicit bribing scandal involving high school players and their family members.

At 9:01 am on April 6, 2019, Avenatti tweeted, “1/2 – Here is a link to only SOME of the evidence showing Nike bribed players to attend “Nike” colleges. This evidence is now in the hands of law enforcement. Nike bribed over 100 players as part of their scheme and purposely hid the payments from the NCAA & fed investigators…” In a second tweet, Avenatti followed up, “2/2 – Nike should be criminally indicted on well over 200 counts and should also explain why they misled their investors/the SEC. If I’m lying or the docs are not legit, I challenge @nike to issue a stmt claiming no bribes were ever paid. Just Do It Nike!”

As we have previously reported, on March 25, 2019, Avenatti was arrested and charged with conspiracy to commit extortion, bank fraud, and wire fraud. According to a federal criminal complaint, on March 19, 2019, Avenatti and a co-conspirator threatened to hold a press conference to expose Nike’s alleged scheme to make illicit payments to the families of high school athletes. On numerous occasions, Avenatti has vehemently denied the accusations and has instead “pointed the finger” at Nike. In a previous tweet, Avenatti said, “[w]e never attempted to extort Nike & when the evidence is disclosed, the public will learn the truth about Nike’s crime & cover up.”

Previously, Avenatti also levied accusations that Nike was involved in illicit payments to Duke Basketball star, Zion Williamson. In a tweet, Avenatti remarked, “@DukeMBB – About this denial by Coach K the other day relating to payments by Nike…Can you please ask Zion Williamson’s mother – Sharonda Sampson – whether she was paid by @nike for bogus “consulting services” in 2016/17 as part of a Nike bribe to get Zion to go to Duke? Thx.”

The document posted in his April 6, 2019 tweet, includes: numerous banking invoices, withdrawals, deposits which allegedly show illicit wire transfers to Ayton, McCoy, and Bol Bol’s “handlers.” There was also text messages asking for “an invoice for 60K,” messages to set up meetings between players “handlers,” and Nike employees, and emails requesting travel arrangements.

Further, on April 8, 2019, Avenatti tweeted, “(1/2) – John Slusher is the Exec VP of Global Sports Marketing for @Nike. Here is a copy of a memo from early Feb of this year regarding a call between him and a third party. Nike has known they bribed players for years and yet did nothing…” In a second tweet, Avenatti said, “(2/2) – @Nike only ‘found religion’ when they knew the truth was going to be disclosed REGARDLESS of what they paid us – we made that clear from the first meeting (which hasn’t been reported). Knowing they were caught, Nike pulled their stunt in order to distract from the truth.” Along with his April 8, 2019 tweets, Avenatti published a memorandum outlining a call between Slusher and a third party. In the memorandum, the third party details a call he had with Slusher in February 2019, where the third party notified Slusher of DeBose and James’s illicit scheme.

In response, Nike said it would not respond to “allegations of an individual facing federal charges of fraud and extortion and aid in his disgraceful attempts to distract from the athletes on the court at the height of the [NCAA] tournament.”

On April 11, 2019, Avenatti was indicted by a federal grand jury in California on 36 counts, including charges of wire fraud, failure to collect and withhold payroll taxes, attempting to obstruct the IRS, failing to file tax returns, aggravated identity fraud, bank fraud, providing false testimony under oath during a bankruptcy proceeding, and embezzling from a paraplegic client. While some of these charges appear separate from his alleged extortion of Nike; according to U.S. Attorney Nick Hanna, the charges “are all linked to one another because money generated from one set of crimes appears in other sets — typically in the form of payments to lull victims and to prevent Mr. Avenatti’s financial house of cards from collapsing.”

Avenatti responded on Twitter, “I intend to fully fight all charges and plead NOT GUILTY. I look forward to the entire truth being known as opposed to a one-sided version meant to sideline me.”