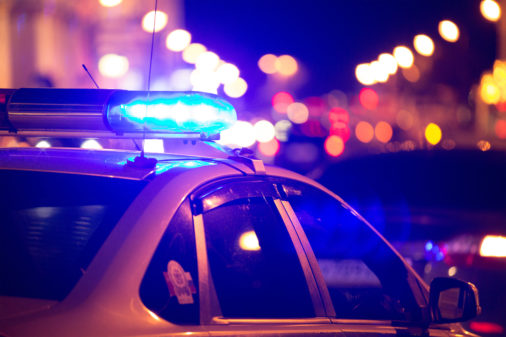 Milwaukee Bucks shooting guard Sterling Brown filed a federal civil rights lawsuit against the City of Milwaukee, the chief of the Milwaukee Police Department (“MPD”) and eight other MPD officers and sergeants in the U.S. District Court for the Eastern District of Wisconsin. Brown claims the defendants violated his civil and constitutional rights and applied excessive and brutal force while unlawfully arresting him. The suit arises out of the highly publicized incident that took place on Friday, January 26 at 2 a.m.

Brown was parked in a Walgreens parking lot and allegedly parked his Mercedes-Benz illegally across two handicap spaces. It was extremely cold that night, around 26 degrees. The parking lot was nearly empty at this hour. Milwaukee police officer Robert Grams was parked near Brown’s vehicle and waited to see if the owner of the illegally parked car would return. When Brown walked out of the Walgreens and towards his car, Grams blocked the driver side door to the Benz and failed to identify himself. Grams began to question Brown about his name and yelled at Brown to back up. The situation quickly escalated from here for no apparent reason.

Parking illegally in the handicap space is not a criminal act and is only punishable by a $200 ticket. Brown admits he deserved the ticket, but the body camera worn by Grams shows that the situation was not handled like a parking ticket should be. Officers are only supposed to be able to “ask questions in relation to the traffic violation” for this offense. Grams instead confronted Brown in an aggressive and racially insensitive manner.

Next, Grams allegedly shoved Brown and continued to yell at him. Grams made a call for backup less than 30 seconds into the incident and repeatedly yelled at Brown to back up. When Brown asked “for what” Gram accused him of obstructing. Grams allegedly said, “I’ll do what I want, I own this right here.”, even though Brown did not retaliate and made no attempt to enter his vehicle. Grams then proceeded to call for backup.

Shortly after, more than six officers surrounded Brown. One of the officers allegedly kneed Brown in the groin and then another shot him with a taser gun even though Brown was subdued on the ground. After all of this, one of the officers recognized Brown as a member of the Bucks and quickly allowed Brown to sit up. Brown believes that if one of the officers would not have recognized him, the situation could have been far worse. The officers then helped Brown get medical attention for his injuries.

Following the incident, three of the officers involved were suspended for two, 10 and 15 days respectively. The complaint states, ““Defendants violated Mr. Brown’s right to equal protection of the laws under the Fourteenth Amendment, by unlawfully discriminating against Mr. Brown on the basis of his race when they, among other things, instead of issuing a parking citation, they stopped and questioned Mr. Brown for an extended period of time about an alleged parking violation, and then utilized unlawful and excessive force against Mr. Brown as they arrested Mr. Brown and further unlawfully detained him.” This is the crux of Brown’s suit. Although the complaint states that Brown will be seeking compensatory and punitive damages at trial, Brown has maintained that he wants the MPD and the officers involved to admit they violated his constitutional rights. Brown hopes this incident can be a turning point to improve relations between the African American community and police departments.