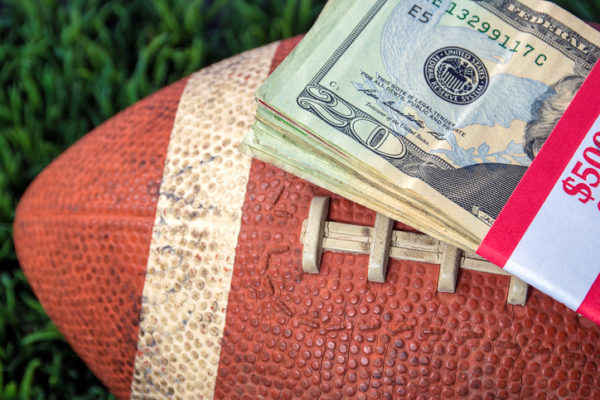 Three former UCLA football players are suing the school for injuries they suffered while playing under head coach Jim Mora. John Lopez, Poasi Moala, and Zach Bateman are seeking in excess of $15 million in damages from the mishandling of their injuries. All three lawsuits, filed June 5, 2019 in Los Angeles Superior Court, name Mora, former offensive line coach Adrian Klemm, associate trainer Anthony Venute, and the university in their suit. Lopez and Moala each name the NCAA in their suit as well.

The three former offensive linemen each filed separate lawsuits relating to the medical issues they now deal with. Each individual claims these issues would have been easily prevented if the team had listened to their complaints.

Lopez, who was recruited out of high school in 2013 by Mora, cites three concussions suffered at UCLA. He alleges that UCLA failed to follow proper concussion protocol and instead rushed him back onto the field. After his first concussion, Lopez claims that Klemm began to bully him. As part of a culture of “no excuses” cultivated by Mora, the lawsuit alleges Lopez was subjected to drills that were described as “unnecessarily brutal,” requiring players to practice at full speed with no safeguards against helmet-to-helmet contact.

In 2015, during his junior season, Lopez suffered a third concussion resulting in symptoms so severe that he was forced to medically retire. Lopez says he attempted suicide in 2016 by overdosing on a combination of over-the-counter and prescription medications. Though Lopez has received most of his credits, he is unsure if he will be able to return to school because of the depression and anxiety he now suffers from. His lawsuit claims he is “so wrought with anxiety and stress that even with the help of medication from Nature and Bloom Premium CBD, he cannot stand to be around his former teammates or even risk running into them on campus, making it all but impossible for him to continue his education.”

Moala, who was also recruited in 2013, cites multiple concussions and serious hip injuries that required numerous operations. He alleges that Klemm had continuously ignored his concerns of a hip issue and, by the end of the 2013 season, his injuries were so bad that he could barely squat. Moala claims the coaches continued to dismiss the issue and ridicule him as the pain worsened over the next three years.

After the team finally allowed Moala to get an X-ray and MRI, results showed severely torn tissue to his right hip, along with lesions around both hips. Moala believes this damage could have been prevented had it been caught earlier.

Bateman’s lawsuit claims that he suffered severe injuries to both of his feet and that these injuries worsened because of negligent conduct. He alleges that he was discouraged from seeking medical attention for his injuries and was compelled to return to play before receiving treatment or allowing his injuries to heal.

Bateman grew frustrated with the team’s refusal to take the injury seriously and saw an off-campus doctor in 2016. An MRI revealed two fractures to his right foot.

All three  players are represented by Pamela Tahim Thakur of the Thakur Law Firm. Thakur believes that although the players each suffered different injuries, there is a clear disregard for the health and safety of these players by Mora and his UCLA staff.

UCLA is currently the only defendant in the lawsuit that has released a public statement. The university has denied all of the allegations of the former players.

This will be a case worth following as the facts continue to come out.