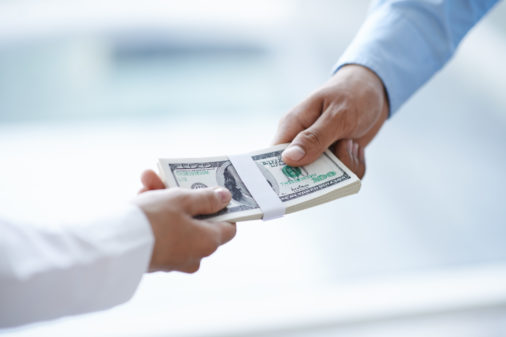 On July 6, 2018, the University of Maryland Men’s Basketball team responded to Federal Grand Jury subpoenas requesting records in the NCAA Corruption/Bribery Case. Specifically, the Grand Jury asked Maryland for records regarding an unidentified former player, assistant coach Orlando “Bino” Ranson, and Silvio De Sousa, a recruit who ultimately attended the University of Kansas. After responding to the subpoenas, Maryland made a public statement that read, “[t]he University has cooperated and will continue to cooperate fully with the ongoing federal investigation.”

As we have previously reported, former Adidas consultant, Merl Code, NBA agent, Christian Dawkins, and Adidas executive, Jim Gatto, came under fire in 2017 for alleged bribery and corruption practices relating to the NCAA. Specifically, they were accused of facilitating six-figure payments to basketball players and their families in exchange for assurance that the players would go on to attend Adidas-sponsored, NCAA Division I colleges, using Dawkins as an agent. Further accusations indicate that college coaches were similarly bribed in the scheme and encouraged to funnel key players to Dawkins when they were ready to play professionally. It appears that Maryland Men’s Basketball Men’s Basketball is the most recent target in the investigation.

The subpoena, originally sent in March 2018, requested information regarding, “records relating to Ranson, including his contract [and] any investigative file maintained by Maryland regarding allegations of possible or potential misconduct by Ranson.” Further, the subpoena also requested any records relating to any communication between Maryland employees and Christian Dawkins … and NBA agent Andy Miller.” According to Miller’s documents, former Maryland player, Diamond Stone, was paid $14,303 in an effort to steer Diamond to sign with Miller’s agency after Stone left Maryland.

Another subpoena, sent in June 2018, requested documents “relating to the eligibility and/or amateur status” of De Sousa. This is not the first time that De Sousa has been discussed in the investigation. De Sousa was a highly touted recruit who was strongly considering Maryland before deciding to attend Kansas. Maryland is sponsored by Under Armour and Nike, both Adidas competitors, and many believe that De Sousa was steered away from Maryland, toward Kansas, because Kansas is one of Adidas’s flagship sponsored basketball schools.