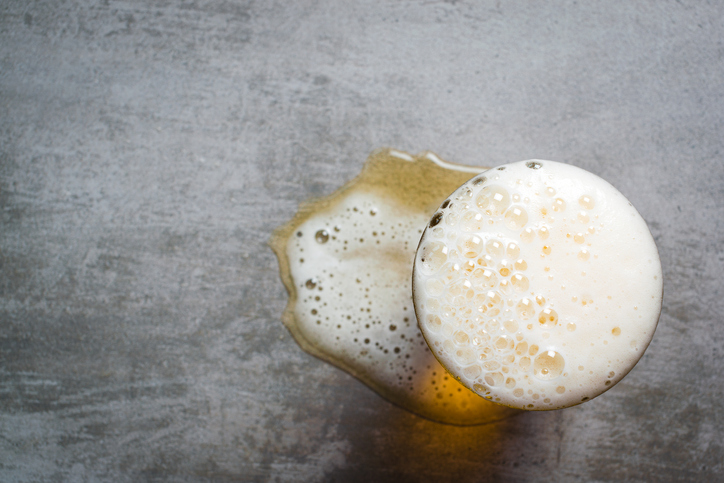 The Tennessee Titans faced off against the Cleveland Browns at FirstEnergy Stadium in Cleveland, Ohio on September 8, 2019. As customary, a group of Browns fans sat in the area behind the home team’s goal post, dubbed the Dawg Pound. The Browns were trailing the Titans and, late in the fourth quarter, Baker Mayfield’s pass was intercepted and returned for a touchdown by Titans cornerback, Malcolm Butler. Fellow Titan, Logan Ryan, decided to jump into the Dawg Pound while celebrating Butler’s pick six.

While celebrating, a Browns fan in a Mayfield jersey poured beer on Ryan. The day after the game, Ryan tweeted that fans “can pour beer on [players]” because the fans “purchased a ticket [. . . and] can act how they want [.]” Ryan’s tweet was aimed at the NFL, National Football League Players Association (NFLPA), the Browns, and the Titans. In its reply, the NFLPA thanked Ryan for flagging the incident, and they “contacted league security to address the matter.”

In a statement released on September 10, the Browns denounced the fan’s actions as unreflective of their “fan base or city.” Further, they planned to address the incident “internally, along with NFL Security,” believing they had “identified the person involved.”

After identification, the Browns publicly stated that the fan “will ultimately face an indefinite ban from FirstEnergy Stadium . . . .” The fan  who was identified was a man named Eric Smith. However, Smith was not the fan who poured beer on Ryan.

On September 11, Smith was at work when he received a phone call from Bob Sivik, the vice president of ticket sales and service for the Browns. According to Smith’s tweet, Sivik “banned him from the stadium.” Sivik pushed back, saying that “security footage [matched Smith’s] tattoos to those on the man in the Mayfield jersey and [that Smith] had purchased a ticket to the game.” However, Smith asserted that he hasn’t been to a Browns game since 2010.

On October 14, Smith filed a complaint in the Cuyahoga County court against the Browns alleging, inter alia, that the incident caused him mental anguish and loss of income. In addition to those claims, he and his wife suffered other injuries as a result of the Browns’ misidentification and subsequent ban. More specifically, the suit alleges negligence, defamation, negligent infliction of emotional distress, false light, and loss of consortium.

In rushing to solve the identity of the beer-pouring fan, the Browns are now faced with a new lawsuit.