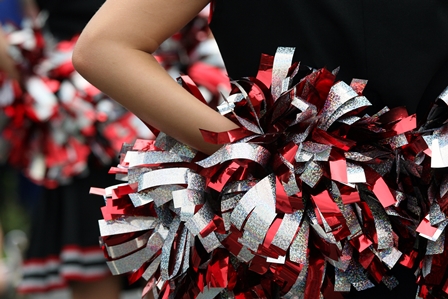 On April 24, 2018, two former NFL cheerleaders voiced their willingness to settle their discrimination dispute with the NFL on two conditions. The cheerleaders determined that they would both stop pursuing their claims in court if league commissioner, Roger Goodell, would sit down with them for a four-hour, good-faith meeting and pay just $1 to each. The meeting would involve plaintiffs Kristan Ware and Bailey Davis, as well as several other cheerleaders who were not involved in the suit, but who are connected to the discrimination issues nonetheless.

The issues were sparked when Ware and Davis began feeling that they, as cheerleaders, were receiving significantly disparate treatment from the league than were the football players. Ware, a former Dolphins cheerleader, claims that she was let go for her well-known religious beliefs, and specifically, for discussing her interest in saving herself for marriage. Davis, a former Saints cheerleader, on the other hand, claims to have been fired after she posted a photo of herself in a bathing suit, apparently in violation of a nudity rule upheld by the NFL, aimed only at cheerleaders. That the women’s claims differed in kind supports their assertions that discrimination is a pervasive issue within the NFL, and highly personal, leaving themselves and other cheerleaders feeling deeply wronged.

Sara Blackwell, counsel for the cheerleaders recently weighed in on the modest request, providing, “[w]e’re not asking them to admit fault, or to admit guilt, or even admit that there is anything wrong. But if they do want and expect that cheerleaders should have a fair working environment, as they have stated, then it doesn’t make any common sense why the answer would be no.”

In possible response to this, a representative for the NFL stated, “[t]he NFL and all NFL member clubs support fair employment practices. Everyone who works in the NFL, including cheerleaders, has the right to work in a positive and respectful environment that is free from any and all forms of harassment and discrimination and fully complies with state and federal laws. Our office will work with our clubs in sharing best practices and employment-related processes that will support club cheerleading squads within an appropriate and supportive workplace.”