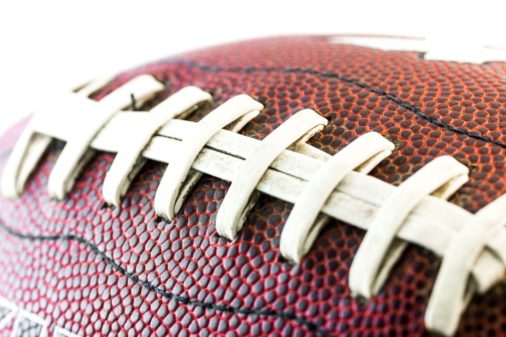 During the November 14, 2019 game between the Pittsburgh Steelers and Cleveland Browns, a fight broke out between Browns’ defensive lineman, Myles Garrett, and Steelers’ quarterback, Mason Rudolph. After a play ended with Garrett tackling Rudolph to the ground, both men engaged in a physical altercation, which ended with Garrett taking off Rudolph’s helmet and striking Rudolph in the head with it. In response, some other players from the Steelers, including Maurkice Pouncey, brought Garrett to the ground and started kicking and punching him.

The following day, the NFL announced that Garrett is suspended indefinitely and at least for the rest of the NFL season and will be fined $250,000. However, some have questioned if that punishment is enough. Can legal charges be brought against Garrett for his actions?

According to Ohio’s assault laws, where the altercation took place, assault is defined as causing or attempting to cause harm to another person or to an unborn child. To commit battery is to intentionally or negligently cause offensive physical contact or bodily harm. Based on these definitions of assault and battery, Garrett’s actions would clearly fall under the purview of the Ohio law. There are exceptions, though, when such altercations occur on field during a sporting event.

If Garrett had assaulted Rudolph on the street, there is no question that he would be charged with assault and battery. However, when it comes to sports, especially physical sports like football, bodily injury is deemed an inherent risk of the activity. Athletes, like football players, are generally deemed to have consented to physical contact and the risk of injury. Nonetheless, a question can be raised as to whether Rudolph consented to being assaulted with his own helmet and whether that was an inherent risk of playing football.

In sports history, there have been many violent altercations. However, most of them do not result in criminal charges. In 1965, San Francisco Giants’ pitcher Juan Marichal hit Los Angeles Dodgers catcher, Johnny Roseboro, in the head with a baseball bat, opening a wound on the forehead of Roseboro. This altercation resulted in fines, but no criminal charges were filed. Similarly, in 1997, when Mike Tyson bit Evander Holyfield’s ear off, there were no criminal charges filed.

However, during an NHL game in 2000, Marty McSorley of the Boston Bruins hit Donald Brashear of the Vancouver Canucks in the head with a hockey stick. McSorely was charged with assault with a deadly weapon and sentenced to 18 months of probation. Brashear suffered a seizure on the ice and the slash resulted in a grade three concussion. This was one of the rare instances where a midgame altercation was prosecuted.

In the end, whether to bring criminal charges depends on the prosecutor. Most prosecutors rely on the leagues themselves to discipline the athletes. Perhaps it depends on the severity of the injury, since Rudolph escaped the November 14 altercation with no serious injury. Cleveland police have already stated that they will not investigate this matter unless Rudolph files a complaint. According to reports, though, Rudolph does not plan to take any legal action.

Physical altercations, like the one witnessed between Garrett and Rudolph, have historically been accepted as part of the game. More importantly, they have been socially accepted as something different than a physical altercation on the street. Perhaps that is the reason why prosecutors tend to look the other way when it comes to brawls on the football field or on a basketball court. However, with increasing focus being placed on player safety, perhaps we will see a change in how prosecutors handle these situations moving forward.