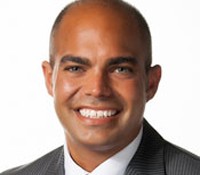 Schneiderman has called for corporate and legislative changes in the ticket industry. However, altering the way tickets are sold may prove to be difficult, especially with high demand for many NFL games. His report also comes on the heels of a Third Circuit case where the court shot down a challenge to the lottery system for tickets to Super Bowl XLVIII.

As Joe asks in the article for Law360, “At some point, is the attorney general going to flex his muscle and go after ticket brokers?” Hanna said. “Or is it one of those things that at the end of the day we are grandstanding?”