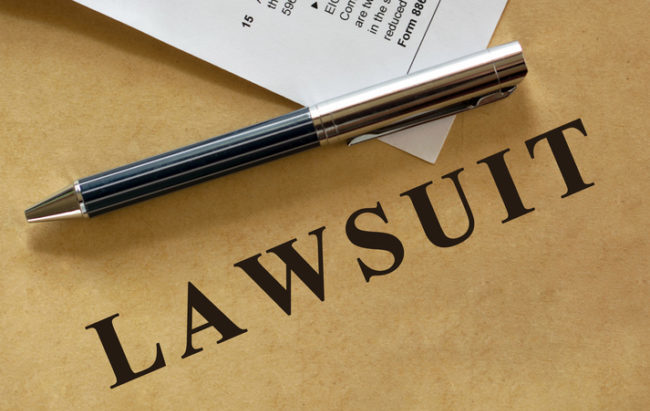 Joseph Curtatone, mayor of Somerville, Massachusetts, filed a lawsuit against Massachusetts-based sports media company, Barstool Sports (Barstool), as well as Kirk Minihane, a podcaster who Barstool recently hired. The lawsuit alleges that Barstool and Minihane violated Massachusetts’ wiretap statute by recording an interview with the mayor via “fraud,” according to the complaint filed on June 17, 2019. Mayor Curtatone announced the lawsuit himself via Twitter.

In the video recording, which Barstool posted on its website and two of its social media platforms, Minihane pretended to be Boston Globe writer Kevin Cullen after unsuccessfully attempting to request an interview with the mayor. He claims he reached out to Mayor Curtatone for interview requests, which Minihane claimed were ignored. Although Mayor Curtatone agreed to do the interview, he did so under the assumption that he was interviewing with Cullen, rather than Minihane.

“So I did what any honest journalist would do, I lied,” Minihane stated on the video.

Minihane pretended to be Cullen during the interview by altering his voice and using phrases that Cullen previously used on his former WEEI Boston radio show. The mayor argues that Barstool Sports and Minihane were in “clear violation” of a Massachusetts law which forbids recording someone without his or her consent. Furthermore, consent cannot be obtained through fraud.

Minihane told Law360 that “[w]e asked Curtatone for consent, he gave it.” He also added that Barstool has been “totally supportive” and knew what was going on. Minihane’s interview with Curtatone was published on Barstool on June 6, 2019.

Minihane recently announced in May that he was joining Barstool Sports, but clarified that Monday was his first day working for the company. Barstool founder David Portnoy clarified via Twitter that Minihane did not work for Barstool at the time of the recording. Minihane also mocked Curtatone’s announcement of the lawsuit via Twitter that he plans to countersue for “$500 billion.”

Conflict between Mayor Curtatone and Barstool Sports began when Boston Herald columnist Jessica Heslam criticized the Boston Bruins for partnering with Barstool Sports and using Barstool’s logo on a “rally towel” handed out to fans at Game 2 of this year’s Stanley Cup Finals. The article criticized Barstool Sports, and particularly Portnoy, for alleged misogynistic and racist behavior through both Portnoy’s public remarks and Barstool Sports’ content. Mayor Curtatone shared Heslam’s story via Twitter and added “[a]s a fairly rabid sports fan one of the more regrettable things I’ve seen is the attempt to disguise misogyny, racism & general right wing lunacy under a ‘sports’ heading.”

Portnoy responded by publishing a blog in which he wrote that Mayor Curtatone “might be a legitimate criminal” and included screenshots and links to stories about allegations involving Mayor Curtatone and members of his family. He then challenged Mayor Curtatone, to which the mayor responded by referring to Barstool and its fans as a “cult.”

Barstool is no stranger to controversy. Founded in 2003 by Portnoy in Milton, Massachusetts, Barstool is now owned by The Chernin Group, a media holding company, and is now headquartered in New York City. The complaint refers to several website features such as “Guess that A**,” “Guess that Rack,” and “Grading the Newest Sex Scandal Teacher.”

There are potential legal consequences to this alleged violation of the wiretap statute, according to Curtatone’s attorney, Lenny Kesten of Brody Hardoon Perkins & Kesten. He added that it is “up to the district attorney or attorney general as to whether they pursue [criminal charges].” Minihane responded on Monday that he is “going to guess they are not going to pursue criminal charges.”

Mayor Curtatone claims that he is not pursuing legal action for personal gain. Curtatone, who is in his eighth term as Somerville’s mayor, announced that he will be donating any damages awarded to the RESPOND women’s shelter in Somerville.