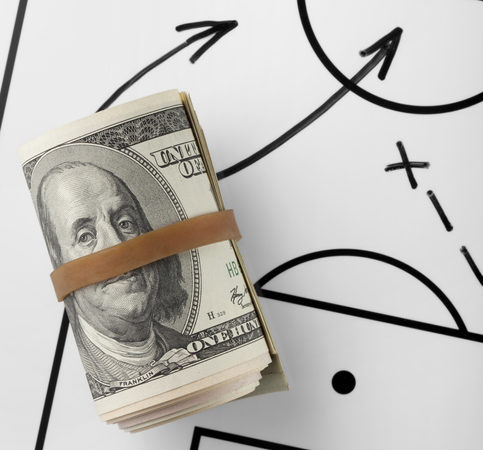 On April 15, 2019, Jose Maria Marin, a Brazilian soccer official, was officially banned for life by the Fédération Internationale de Football Association (FIFA). In August 2018, the 86-year-old Marin was sentenced to four years in United States prison for racketeering, money laundering, and wire fraud. According to FIFA, Marin was also guilty of taking bribes linked to media and marketing rights for South American and Brazilian soccer competitions. During his 2017 trial, federal prosecutors said that Marin received $6.6 million in bribes and was…
Continue reading...

On January 12, 2018, Major League Soccer (MLS) announced that it partnered with Electronic Arts Inc. (EA) to create an eSports league, eMLS. The league will feature the best EA Sports FIFA 18 players in the United States and Canada. eSports is a form of competitive video gaming where gamers participate in  tournaments such as the International, the League of Legends World Championship, the Evolution Championship Series, and the Intel Extreme Masters, in order to win cash prizes. Nineteen of the 23 MLS teams will …
Continue reading...

Part one of our look ahead at some of hottest sports litigation topics focused on the Deflategate appeal and the battle in New Jersey over the legalization of sports betting. Today, we’ll look at the latest surrounding the NCAA anitrust litigation, concussion litigation in the NHL, and the FIFA corruption scandal. NCAA Antitrust Litigation The Ninth Circuit’s recent decision in O’Bannon v. NCAA cleared the way for collegiate schools to offer student athletes the full cost of attending college, but also prevents schools from…
Continue reading...

Joseph “Sepp” Blatter, president of FIFA since 1998, is under criminal investigation. The announcement came on Friday, September 25, 2015 from The Office of the Attorney General of Switzerland. According to the announcement, Blatter is being investigated “on suspicion of criminal management as well as—alternatively—on suspicion of misappropriation.” This comes as another development in a series of investigations involving FIFA. Swiss law enforcement officials arrested a number of top soccer officials in May and extradited them to the U.S. on federal corruption charges. The U.S.…
Continue reading...

Down in a Blaze of Banishment: FIFA Bans Ex-Official Chuck Blazer for Life

On Thursday, July 9, FIFA officials banned Chuck Blazer, the former FIFA executive committee member, for life from soccer-related activities at the national or international level.  Blazer, after pleading guilty to charges of bribery, money laundering, and tax evasion, worked undercover with prosecutors in the United States to help lead to the arrest of several FIFA officials. FIFA’s Ethics Committee had suspended its original investigations into Blazer regarding corrupt financial management in May 2013 after it received written assurances that he was suffering from colon…
Continue reading...

On Tuesday, June 2, FIFA President Sepp Blatter announced that he would resign his position at a sudden press conference at FIFA’s headquarters in Zurich.  Blatter, who was just re-elected to a fifth term on Friday, May 29, explained that he would continue to carry out the functions as the head of FIFA until a new election occurs.  With FIFA’s next congress scheduled for May 2016, a special meeting of FIFA’s member nations will be held to elect a new president.  Pursuant to FIFA’s rules,…
Continue reading...

FIFA Under Fire: United States and Switzerland Each Alleging Corruption

On Wednesday, May 27, more than a dozen Swiss law enforcement officials arrived at the Baur au Lac, a luxury hotel in Zurich, where they proceeded to arrest several top soccer officials and extradite them to the United States on federal corruption charges.  The U.S. Justice Department announced that it had charged nine current and former FIFA officials and five others with racketeering, wire fraud, and money laundering conspiracies, among other offenses, in connection with their participation in a 24-year scheme to enrich themselves through…
Continue reading...

Is Brazil’s World Cup in Jeopardy?

With the World Cup just a year away, widespread protests across Brazil have cast a long shadow over the host country’s ability to stage soccer’s biggest event. President Dilma Rouseff called an emergency cabinet meeting today in the wake of protests in 80 cities, involving 1 million Brazilians. The protests initially began peacefully, but a brutal police crackdown of a peaceful protest on June 13 has caused the situation to devolve into chaos, with serious vandalism, looting and arson, and one fatality. These have occurred…
Continue reading...

ChampionsWorld Shut Out in Antitrust Suit Against US Soccer

The United States Soccer Federation (USSF) and Major League Soccer (MLS) recently prevailed in an antitrust suit brought by former soccer promoter ChampionsWorld LLC in Illinois federal court. ChampionsWorld had claimed that USSF perpetuated the idea that it was in charge of all professional soccer in the U.S. (including games played by foreign teams) in order to restrain competition against MLS, thereby driving ChampionsWorld out of business. The federal judge ruled for the US soccer bodies by granting USSF’s petition to confirm an arbitration award…
Continue reading...