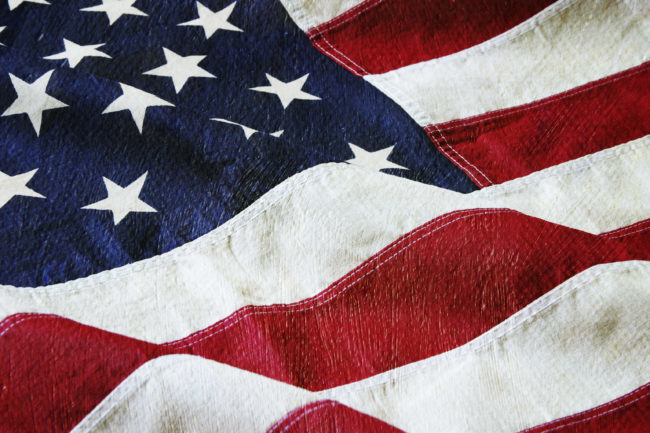 Colin Kaepernick first gained attention for his protests of the national anthem during National Football League preseason games in August 2016. Following Kaepernick’s lead, many athletes across various sports began demonstrating during the pre-game rendition of the “Star Spangled Banner.” The protests were met with widespread debate and incited responses from nearly every sports and media commentator. President Trump took to Twitter, posting a series of tweets sharing his strong feelings on the issue, calling for players who knelt to be “fired.” Kaepernick has not played for an NFL team since the 2016 season and he is now suing the NFL for collusion, claiming that he has been “black-balled” from the league due to the controversy surrounding his protests.

As NFL owners met in May 2018 to discuss the upcoming season, a reconsideration of the national anthem policy was reported as one of the “hot topic” agenda items. Ultimately, the league’s owners unilaterally voted to update the anthem policy. Throughout the 2018 season, NFL players will have an option to either remain in the locker room or, if they choose to enter the field, “stand and show respect for the flag” as the national anthem plays before each game. The requirement to stand applies to all players and team staff that are on the field while the anthem is played.

The new policy was met with criticism, sparking a debate as to whether the policy has potential to violate the First Amendment rights of players to exercise free speech. Generally, the First Amendment is meant to protect individuals from action by the government and there is some doubt that the protection of the First Amendment could be extended in this context since the NFL is a private entity directing its private employees (players). However, one argument has gained some momentum, advancing the idea that actions of private entities could be barred by the First Amendment if it is found that the entity’s action was made under the direction of the government or in response to coercion from state actors. In the case of the anthem policy, some commentators have speculated that NFL owners could have been motivated by President Trump’s strong stance on the issue. In one instance, the president even suggested that the tax breaks received by the NFL should be removed if NFL players continue “disrespecting our Anthem, Flag and Country.”

Additionally, Marc Edelman, a professor of law at Baruch College in New York, told the Huffington Post that, “based upon pure black-letter law, a [First Amendment] claim of this nature may have a reasonable chance to succeed.” Edelman argues that the NFL could be considered a state actor because it receives tax breaks from the federal government and because NFL stadiums are “partly financed by local governments.”

Further, players may not need to look to the federal Constitution if they seek to challenge the new policy. Some writers have suggested that state constitutions may be violated if players are punished for conducting demonstrations during the national anthem.

To some, the NFL national anthem controversy may have seemed like old news. However, the actions of the NFL owners to update the policy have reignited the debate. We expect that the conversation is just getting started, so stay tuned to see how the policy, its implementation, and potential challenges play out as the NFL season approaches.