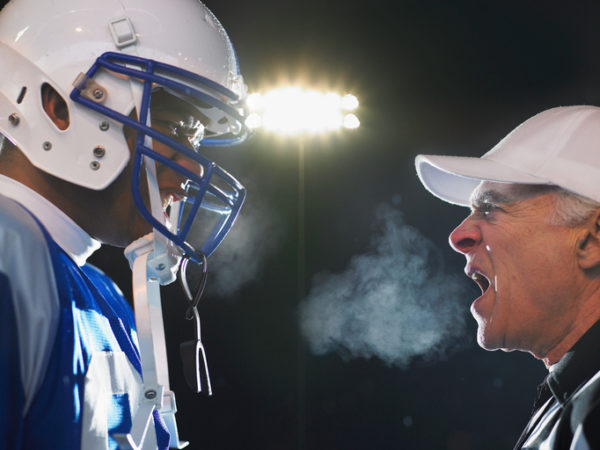 New York Jets safety Rontez Miles filed a lawsuit against the NFL, claiming that a referee violated the Americans with Disabilities Act (ADA) when he forced Miles to remove a helmet visor. Miles said that the visor was necessary to protect his eyes from sun glare. He had previously collided with another player and was injured when his helmet did not include the visor.

The incident took place on August 19, 2017, during a preseason game against the Detroit Lions. According to his complaint, a referee ordered Miles to either remove his helmet visor or be removed from the game. Tinted visors have been banned in the NFL since 1998, though they are permissible for players with certain medical conditions.

Miles has alopecia areata, an autoimmune skin disorder that causes photosensitivity and photophobia in the eyes. The helmet visor in question reduces the effects of ocular photosensitivity, and Miles has worn such a visor for his entire career. Miles alleges that he told the referee about the condition. Despite this, the referee still ordered removal of the visor.

Miles complied and removed the visor for the game. Miles’ attorney, Lawrence Lavigne, stated that Miles “was battling for a position on the roster. He felt from a career move it could have been damaging, if he said, ‘Ok, I’ll sit out.’”

During the game, however, Miles was injured in a collision with an opposing player. A Detroit Lions offensive lineman’s hand went through Miles’ facemask and struck him. This caused Miles to break his eye socket, undergo surgery, and miss several games. Miles says that this collision occurred because, without his visor, he was unable to see the player and, therefore, was unable to defend himself.

Miles argues that, since alopecia areata is a disability, the referee and the NFL violated the ADA. He states that the visor was a reasonable accommodation under the ADA that he needed in order to perform as a football player. He further alleged that the NFL violated the New Jersey law against discrimination.

The lawsuit was originally filed in a New Jersey state court, though the NFL recently removed the case to federal court. The NFL said that Miles’ state law claims arise out of the same allegations as his ADA claim, and that his claims are preempted by the Labor Management Relations Act, making the lawsuit subject to removal.