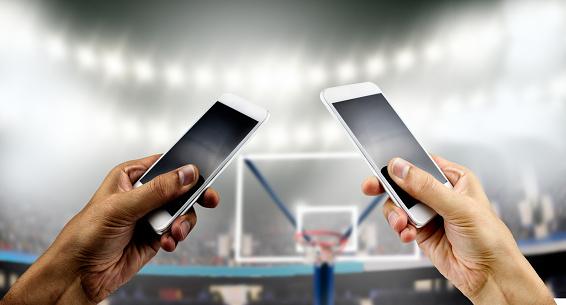 Capital One Arena, the home of the Washington Wizards and Washington Capitals, is about to become the first major sports venue in the United States to have a sportsbook.

Monumental Sports & Entertainment, owner of the teams and the arena, announced a partnership with sports betting operator William Hill US. The sportsbook will span multiple floors and be accessible to both non-ticketholders and ticketholders for certain events. Expected to open in 2020, the sportsbook will be open year-round and is accessible to the public from outside the arena.

Joe Asher, the CEO of William Hill US, said, “[T]his sportsbook will be a flagship venue for the industry and will serve the sports fans of the Washington, D.C. area unlike any other. This deal sets a new benchmark for how the industry will serve fans and how fans engage in sports.”

In addition to having a physical presence, fans will be able to place bets using a mobile app. This will allow fans watching games inside the arena to place wagers. Location tracking technology will likely be used to ensure that fans inside the arena can only use the William Hill app and not any competing apps. In addition to opening a sportsbook in D.C., William Hill is also an authorized sports betting partner with the NBA, allowing it to use the league’s marks and data.

Since the U.S. Supreme Court overturned the federal ban on sports betting last year, there has been a flood of deals and arrangements as states have been legalizing sports betting. As we reported earlier, the D.C. Council voted to legalize sports betting this past December, with the mayor signing the legislation in January. These major legal developments helped pave the way for this unprecedented deal between Monumental Sports & Entertainment and William Hill.

However, this partnership will still need to pass regulatory approvals before the sportsbook can open. One regulatory issue this deal may face is whether betting will be allowed during Georgetown University’s basketball games since the college uses the Capital One Arena as its home venue. While the NBA and NHL have softened their stances toward sports betting, the NCAA has not. In addition, the possibility exists that the physical sportsbook would need to be closed during games, one that Asher referred to as a “poor fan experience.”