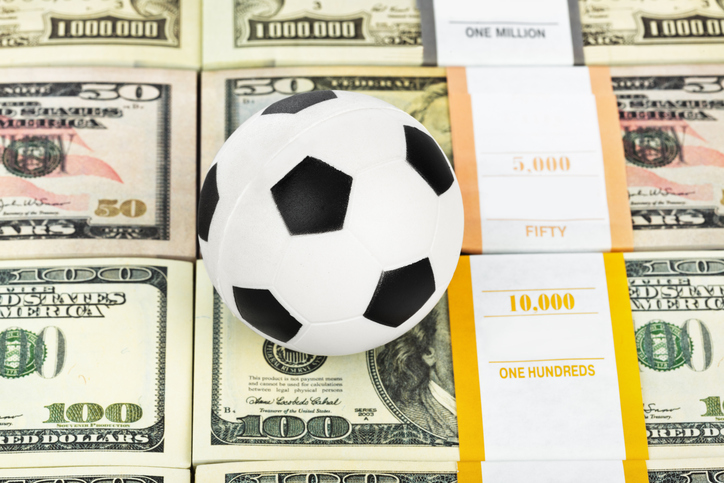 Members of the USWNT, including stars Alex Morgan, Carli Lloyd, and Megan Rapinoe, filed a lawsuit against the U.S. Soccer Federation, accusing it of gender discrimination. The players maintain that U.S. soccer has engaged in gender-based employment discrimination in violation of the federal Equal Pay Act (EPA) and Title VII of the Civil Rights Act of 1964, both of which make it illegal for employers to pay women lower wages than men for equal work. Along with unequal pay (i.e., women’s players earning as little as 38 percent compared to their male counterparts)[1], the lawsuit also cites the denial of “at least equal playing, training, and travel conditions; equal promotion of their games; equal support and development for their games; and other terms and conditions of employment.”[2]

The complaint stresses that the USWNT has consistently been more successful than the USMNT and should be compensated more than their male counterparts. Namely, the USWNT just won their fourth World Cup title, and their second in a row, in addition to four Olympic gold medals, while the USMNT did not qualify for the last men’s World Cup and has never won either tournament. The complaint states simply: “…during the period relevant to this case, the USWNT earned more in profits and/or revenue than the USMNT.”

The attorneys for U.S. Soccer filed an answer in the U.S. District Court for the Central District of California denying all adverse claims and raising affirmative defenses. U.S. Soccer rejects the idea of breaking the law or engaging in gender-based discrimination in paying men more than women.

Under the EPA, in order to make a prima facie case, the USWNT will have the burden to show that the skill, effort, and responsibility required in their job performance are equal to those of higher-paid males. The work does not need to be identical, just substantially similar, which is determined on a case-by-case basis.

To effectively rebut an EPA claim, U.S. Soccer, the employer, must prove affirmatively that a pay differential between similarly situated male and female employees is defensible due to a:

Similarly, Title VII makes it unlawful for employers to discriminate against pay and benefits on the basis of sex. The employer must present some evidence of a legitimate, nondiscriminatory motive for the challenged action or decision.

U.S. Soccer’s response is that, “USWNT and USMNT are physically and functionally separate organizations that perform services for U.S. Soccer in physically separate spaces and compete in different competitions, venues, and countries at different times; have different coaches, staff, and leadership; have separate collective bargaining agreements; and have separate budgets that take into account the different revenue that the teams generate.” In other words: the women are not entitled to equal pay, because it’s not equal work.

U.S. Soccer further explains, “No pay comparison can be made between the USWNT players, who earn guaranteed salaries and benefits, and the USMNT players, who are paid strictly on a match appearance fee basis.” In essence, their attorneys argue that economic claims between women and men are like comparing apples and oranges since they are paid through two different compensation systems and have differing pay structures. U.S. Soccer wants the court to find that any pay difference is explainable by non-discriminatory factors.

The USWNT and U.S. Soccer tentatively agreed to pursue mediation for the gender pay discrimination lawsuit after the World Cup Final. If the mediation goes forward, it can resolve the issues in the players’ lawsuit outside federal court. If the mediation is unsuccessful, the USWNT players seek a jury trial to resolve their claims. Their requested relief includes seeking back pay, front pay, the financial value of lost job benefits, punitive damages reflecting just punishment of U.S. Soccer, and attorneys’ fees. In addition, the players demand a permanent injunction to prevent U.S. Soccer from any further (alleged) discrimination.

While the outcome of the lawsuit is unclear at this point in time, it is evident that the “equal play, equal pay” theme will be seen more often in athletics and the sports world.

[1] An analysis included in the lawsuit claims that if the men’s and women’s team each played and won 20 friendlies in a year, the women would earn a maximum of $99,000, while the men would earn an average of $263,320.