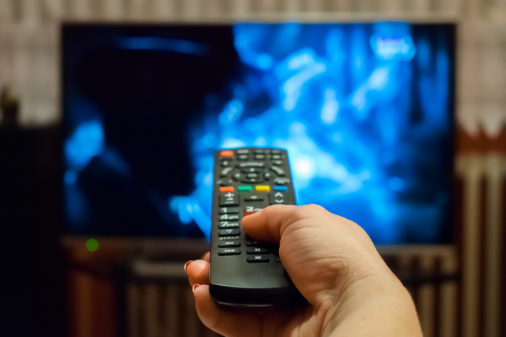 On July 13, 2018, Fulltime Fantasy Sports, LLC (Fulltime) sued CBS Interactive Inc. (CBSi) for trademark infringement, false advertising, breach of contract, conversion, unlawful and deceptive practices, and unfair competition. According to the complaint, “[a]s fantasy football season approaches, Fulltime has been forced to file this action to seek relief from the Court’s so that CBSi will stop misappropriating Fulltime’s intellectual property and good will, stop confusing consumers, and pay Fulltime what it is owed.”

Fulltime, founded in 2011, “provided premier fantasy sports content, online services and events to fantasy sports enthusiasts.” Fulltime ran various fantasy sports tournaments, including its cornerstone event, the Fantasy Football World Championships (FFWC). The FFWC is an annual fantasy football tournament, with hundreds of in-person participants and thousands of online participants, that starts with a weekend-long live draft and other events in Las Vegas, Nevada. In 2014, after Scout Media purchased Fulltime, Fulltime began branding itself as “Scout Fantasy.” Under the Scout Fantasy brand, Fulltime built a strong social media presence and they used this presence, mainly Facebook, to advertise events, including the FFWC. In 2016, due to Scout Media’s financial situation, Fulltime received to the ownership of, and right to operate, Scout Fantasy. However, in January 2017, CBSi’s parent company purchased many of Scout Media’s assets, including Fulltime Fantasy Sports LLC.

In February 2017, Fulltime and CBSi agreed to allow CBSi to license Scout Fantasy content, services, tools, and intellectual property. A part of the agreement included an ‘opt-in’ section, which would allow user information to be shared with Fulltime. However, CBSi failed to implement the opt-in section and Fulltime lost user data and contact information. In addition, Fulltime gave CBSi their Facebook password so that CBSi could “cross-post” content about other CBSi offerings to Fulltime’s followers, but without Fulltime’s permission, in March 2017, CBSi merged Fulltime’s Facebook page with another CBSi Facebook page. The merger caused Fulltime to lose its “primary point of contact with many of its followers.”

Further, another agreement stipulated that CBSi would make monthly payments to Fulltime from revenue generated in connection with CBSi’s use of Fulltime’s content and services. Allegedly, from the beginning, errors and discrepancies arose. Specifically, the data provided to Fulltime was inconsistent, payments were inconsistent, and on numerus occasions, CBSi failed to make any payments. In February 2018, Fulltime terminated the agreement due to CBSi’s material breach, but a section of the contract required CBSi to “continue making payments to Fulltime for a period of one year following termination.” However, CBSi failed to make those payments as well.

Lastly, a week after termination of the agreement, CBSi filed an application to register a Scout Fantasy trademark with the U.S. Patent and Trademark Office “without any notice to Fulltime, in a bad-faith attempt to co-opt the intellectual property owned exclusively by Fulltime.” Without permission, CBSi has continued to use the Scout Fantasy Trademark on its website, in its advertising, in its email blasts to subscribers and potential subscribers, and CBSi’s website continues to contain links to various Fulltime resources and websites.