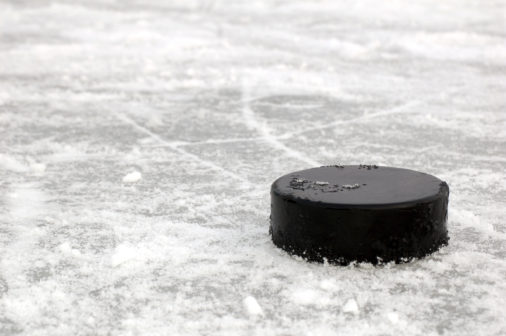 News broke on June 12, 2018, that on May 4, the wife of Ottawa Senators captain Erik Karlsson, Melinda, filed an order of protection against Karlsson’s former teammate Mike Hoffman’s longtime partner, Monika Caryk. According to the application, Caryk had been threatening Melinda and Erik Karlsson since November 2017. Caryk allegedly posted over 1,000 negative and derogatory statements on social media about Melinda. Also, Caryk allegedly “uttered that she wished [Melinda] was dead and that someone should ‘take out’ [Karlsson’s] legs to ‘end his career.'” According to the Ottawa Citizen, there is also an ongoing Ottawa police investigation into the criminal harassment (stalking) allegation. Though the application was filed May, after the Ottawa Senators ended, team officials have known about the allegations since the end of the regular season.

In late November 2017, the Karlsson’s announced that they were expecting their first child, whom they planned to name Axel Michael. However, Axel Michael was stillborn on March 19, 2018. According to Melinda’s sworn court testimony, “Caryk has uttered numerous statements wishing my unborn child dead.” After Axel was pronounced stillborn, Karlsson posted on Instagram thanking fans for their support; however, one comment on the post stood out. @sandydandy45 commented, “I feel bad for the baby he didn’t have a chance with Melinda popping pain killer medication every day.” The account was later deactivated.

Since the news became public, past Ottawa Senators players’ wives have spoken out on social media. Kodette LaBarbera, wife of former Senators goaltender Jason LaBarbera, tweeted: “Her fixation with Mel has always been unhealthy. Then it became scary. So glad Mel is protecting herself. No team will welcome this girl to the room.” Julie Turris, wife of former Senators forward Kyle Turris, tweeted: “This crossed the line from cyber bullying to something entirely different in April. Unfortunate that this private matter has become public. Incredibly proud of my girl for standing up for herself and her family, it took courage.” Lastly, Marlee Hammond, the wife of former Senators goalie Andrew Hammond tweeted: “[O]h man if you only knew how unsurprising this actually is. [H]orrible just horrible. [A]nd the worst part of all of this is how @MelindaCurrey just wanted to keep this private because she’s THAT nice of a person even when a person can be this cruel to her.”

Hoffman vehemently denied the allegations, “[t]here is a 150 per cent chance that my fiancée Monika and I are not involved in any of the accusations that have been pursued (that are) coming our way. We totally understand there’s no place for cyberbullying.” However, the application alleges that Caryk had spent much of the past season harassing the Karlsson’s, insulting and taunting them repeatedly. The Senators have since announced that they plan to investigate the claims alongside the NHL. Hoffman said, “[w]e have nothing to hide. We’re willing to cooperate in any way to solve this and figure it out, and prove that it wasn’t us.”

Karlsson and Hoffman had been teammates since 2011. The Senators struggled for most of the 2017-18 season and there were trade rumors around the two star players for most the season. Most notably, at the last home game, Karlsson got the game puck out of the net as time expired, which left Senators fans wondering if Karlsson played his last game in Ottawa. Recently, Hoffman was traded to from the Senators to the San Jose Sharks, who then traded him to the Florida Panthers. Many have speculated that the reason that Hoffman was trade was because of Caryk’s actions. After the trade, the Senators released a statement that read, “[t]oday’s trade showcases our determination to strengthen the future of the team by improving the chemistry, leadership[,] and character in the locker room and on the ice.”